In the 2018 midterm elections, I called more races accurately than anyone else in the country. I did that by aggregating the polling and assessing on-the-ground sources I had all across the country. It was obvious that the GOP was going struggle in places where the tax cut bill had punished our own voters with the SALT deduction tax reform. It may have made for good fiscal policy, but it made for majority-breaking politics. Additionally, die-hard Republicans were depressed by the betrayal on the repeal Obamacare and Mueller's endless fishing expedition.

It all seems like hindsight now, but few were willing to confront these back then. Even today, people want to talk about white suburban women being mad at President Trump or something.

Hundreds participated in our election night worksheet that sobering night. Too many of my peers were engaged in lies about the polls and suggested a 'red tsunami was on its way.'

Earlier this week, the American Spectator published an editorial where I predicted that the "red wave" many have gone on and on about for a year and a half, may look more like a modest bump.

Today, former Speaker Newt Gingrich, a man I respect immensely, told viewers that, not only would we see a red wave but, in fact, a "red tsunami" in the 2022 midterm elections.

Could I be wrong? Sure. I'm consuming less data, less news, and pressing fewer of my on-the-ground grassroots and campaign sources. Post-January 6th has me in a sort of quasi-purgatory.

Still, my fundamental thesis is that the norm is America is to accept awful conditions. I also believe Democrats have energized parts of their base, fueled by lies. Coupled with Republican inaction on items crucial to the base; I think the GOP crosses the finish line not having achieved what was an attainable historic margin.

Let me give myself an out. Three polls came out Friday that favor the GOP (and show momentum) on the generic ballot. Undecideds look like they're breaking for Republicans, which is to be expect, but by what margin will determine the margins here. If the environment changes a lot, I'll publish an addendum prior to the election.

Below, I want to publish my extended thoughts—over a fifteen hundreds words—on the environment Democrats created with their anti-democratic actions and how Republican leadership aided them with their inaction.

Unlike in previous years, I don't have an election night worksheet or an official forecast (I trained my audience well on the differences between forecasts, predictions, and guesses). Here's the environment of where we are, how we got there, and how I can confidentially say we will fall well below the 2010 wave. Next week, I will publish my Senate election forecast here on alialexander.org.

May God save the republic because it doesn't look like the Republicans care.

Over 81 million votes were tabulated for Joseph Robinette Biden, a Delaware resident who campaigned from his basement using Zoom (the Chinese-ish alternative to Skype). With that, Democrats controlled the Oval Office, Senate, and House. The pandemic was supposed to be coming to a close, their most popular Republican rival in the country was being criminally investigated along with tens of thousands of his most fervent supporters—hundreds immediately arrested, and any effective arguments criticizing the regime were silenced by private corporations. Democrats had their wind at their backs.

Still, something didn’t sit right with their victory. It lacked depth.

While 81 million votes, making Biden the most popular candidate in American history, more popular than Barack Obama, were tabulated for the top of the ticket, not one House Republican incumbent lost—an amazing statistical improbability that pinned incumbent elected Republicans against Donald J. Trump in questioning the integrity of the election. In fact, House Republicans gained 14 seats in 2020, defying everything we know about modern political science, behavioral psychology, advertising, and normative down ballot participation rates. Predictions of a low voter turnout election, in actuality, resulted in the highest voter turnout election in more than a century, one where nearly 30% of all voters were new to presidential voting.

And despite all of these amazing, unprecedented coincidences—all of which favored Democrats—Biden had no “coattails.” Top Democrats knew they were coming in with a fragile majority. All of this was before the deadly Afghanistan pullout, soaring inflation, rate hike increases, an increased number of pandemic-related deaths, and the prospect of a nuclear confrontation with Russia.

Something, again, had to be done to reshape the midterm electorate.

Because of my involvement in popularizing the election integrity movement and January 6th, this hit home for me. This is the very first election cycle, since 2008, where I didn’t work a single race. I’m far from the only one either. Over 1000 conservative activists and Republican consultants have been taken off the field this cycle through criminal charges, crippling legal debt, or investigation. The Department of Justice has come down even harder in four key swing states—just another coincidence, I’m sure. Trump’s top allies in Michigan, Pennsylvania, Georgia, and Arizona—all states with governor and secretary of state races where Biden found very vocal opponents to voter legal and legislative challenges to election irregularities. In both Georgia and Arizona, the DOJ has actually targeted the Republican State Party Chairs in these criminal investigations. All of this is completely without precedent.

Not since post-Civil War Reconstruction, when over 750,000 Americans died, has a major party suffered this type of targeted disqualification from the democratic process. Worse, most Democrats believe Garland and his gang haven’t gone far enough.

Currently, more than 111 Republican lawyers are being targeted for disbarment in a progressive multimillion dollar scheme. A popular New Mexico politician was recently removed from office. His crime? Trespassing on January 6th. Similar unsuccessful, but costly, attempts were made to get Representatives Paul Gosar, Andy Biggs, Madison Cawthorn, and Marjorie Taylor Greene off the ballot and normalize rigging the democratic process. Democrats now want to “disqualify” another 120-federally elected Republicans from the ballot using Section 3 of the 14th Amendment.

Pro-life activists in Pennsylvania and Tennessee are being targeted, subject to guns drawn FBI raids, too. Elected Republican leaders are silent and our most reliable voters are taking notice.

Dozens of activists and consultants, like me, have purposefully been taken off the field because 2022 will determine how 2024’s presidential election is conducted and both sides are playing for keeps. Republican leaders seem blind to this slow motion train wreck. In fact, no red state legislatively addressed the majority of concerns by their own voters regarding the mechanics of how elections work—or don’t.

It cannot be overstated enough that the GOP’s midterm turnout operation will be hampered by missing operatives busy defending themselves against the Biden administration’s lawfare.

Midterm elections are often referred to as “base turnout” elections. The idea of winning middle of the road voters is an advent of corporate media, not political operatives. One can get their base out, attempt to shrink the opponent’s base, or both. There are two principle numbers you want to track in midterm polling; the generic Congressional ballot party preference and each party’s enthusiasm (and the gap in between).

Democrats are playing to win. Republicans are riding the wave of disapproval in Democrats and the world at large. It’s not enough for a wave election.

The unprecedented Supreme Court leak on the Dobbs case bumped Democrat enthusiasm, closing a gap that was widening as Biden’s approval rating was catering. Biden’s cynical promise to pardon marijuana is another attempt to boost both youth and Black American participation in the midterm elections.

Meanwhile, no pollster or political scientist can reconcile the difference between Biden’s approval rating and generic ballot. All of these coincidences favor Democrats—like magic!

According to the Morning Consult, both Democrats and Republicans are above 60% when measuring how enthusiastic partisans are to vote for their party in the coming weeks. On the generic Congressional ballot, Republicans are polling a third (at best) of what they were in the 2010 Tea Party movement fueled election and less than half what was actualized. There, in 2010, we saw a 63 seat pick up. We’ll have no such pickup this midterm election.

Republicans botched redistricting leaving the Democrats with a net-gain of six seats. Republicans faced setbacks in Ohio, Michigan, and North Carolina; New York was a wash; leaving Texas and Florida to sure up seats to bring us to the grand total of even. There’s a heavy reliance on incumbents and moderates to construct any majority, leaving one vulnerable in the near future.

Elected Republicans also failed to secure elections. While some state courts, like Wisconsin or more recently Delaware, took years to bar what everyone in the business knew was illegal, Republican state legislatures mostly passed voter reforms not election reforms. No one has instilled confidence in our elections or their very vulnerable infrastructure. Not one state banned Dominion machines and it took True the Vote blowing the whistle Konnech to lead to an arrest of an executive who allegedly provided China a backdoor to sensitive data on election workers.

With the loss of two US Senate seats in bleeding red Georgia attributed to 250,000 reliable Republican voters refusing to participate in the runoff election (though, let us not forget Mitch McConnell purposely sabotaging relief stimulus checks during that runoff) after already participating in the general election when they felt their concerns went unaddressed by every statewide elected officeholder—all Republicans—what will be the effect now? Will they be scared into voting for Republicans? How many voters or how much Republican voter enthusiasm was sacrificed at the altar of inaction?

All of these conditions were preventable as was forewarned in a 12-page strategy memo published by Stop the Steal in March 2021, authored by me. It went ignored by Republican leadership and the consequences are a shrinking victory.

Steve Bannon, one of the few targets of Garland that hasn’t been sidelined (sentencing is October 21st in his DC case, on the heels of his New York state charges) from midterm electioneering, has been telling his podcast listeners that we would pick up 100 seats this midterm. That most certainly is not going to happen. However, there’s no reason between Biden’s disapproval rating, our pickups in 2020, what redistricting should’ve been and a world that is crumbling around us that that number shouldn’t have been north of 2010’s 63-seat pickup.

Ali Alexander has been a Republican political consultant for 15 years and is a civil rights activist who helped father the election integrity movement. He helped pioneer digital electioneering efforts, co-founded the Tea Party movement, and is well-connected within Christian and conservative Republican circles. He sat before the January 6th House Select Committee in December 2021. He can be found at alialexander.org and Truth Social @ali.

If you enjoyed the piece, please consider a modest contribution to my legal defense fund. I'm suing Nancy Pelosi to restore the Fourth Amendment. 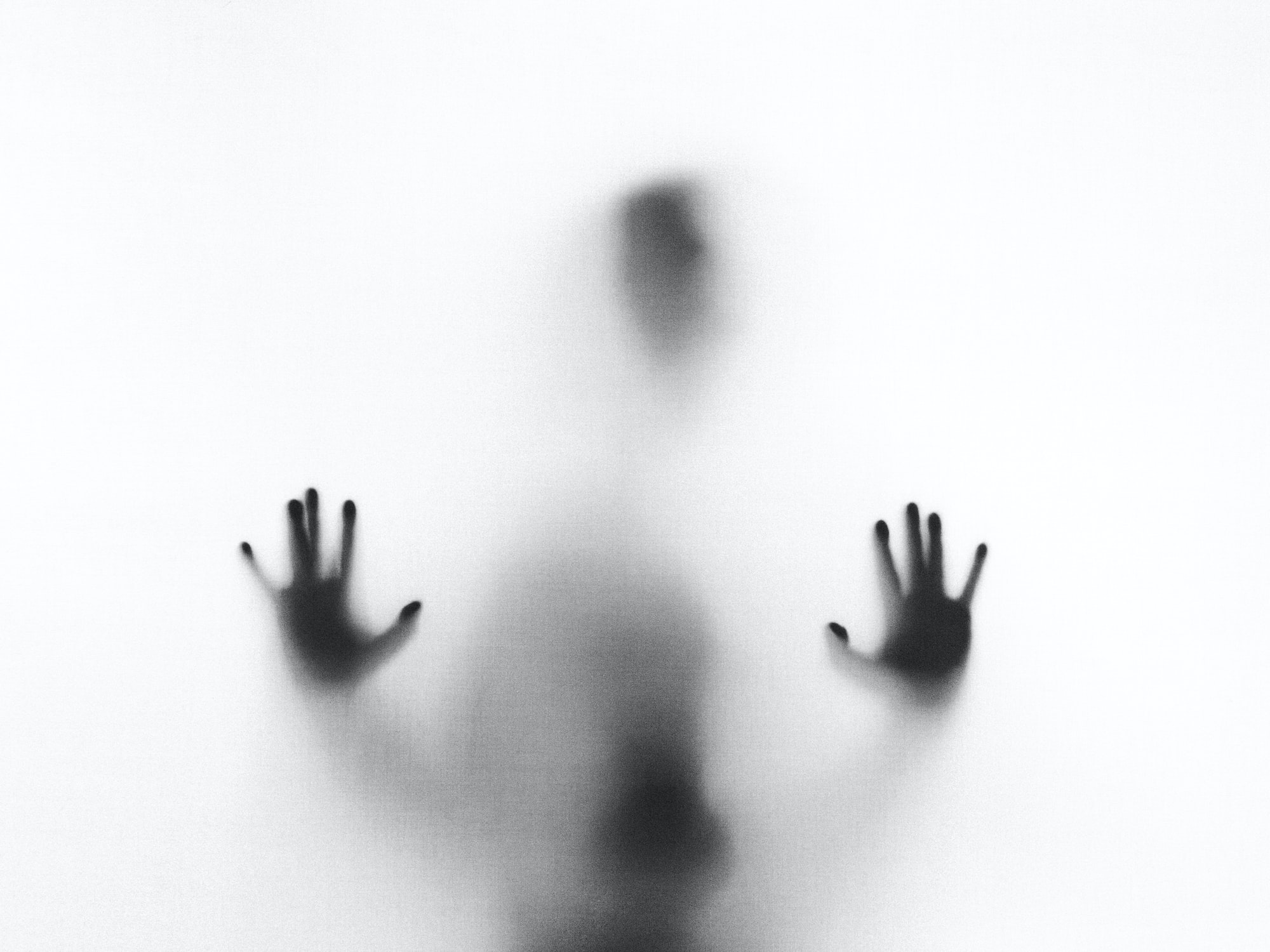