The response to the COVID-19 pandemic has been nothing short of genocidal. Projections by governments, media, and scientists have been wrong. Errors are the natural part of any process. There being no admission of error is unscientific. Policy treatments have been contradictory. The public has observed virtually every leader break their own mandates. Corporations, media, and political progressives have all won creating a near incomprehensible moral hazard in society.

Moral hazard is essentially when the game theory favors a bad decision, harming the many but not the entity making the bad decision.

Codified bad hypotheses and the egos of unelected bureaucrats reign over public policy mandates . This essay will outline why and how this happened on a structural level. No, this piece won't deal with the contemporary politics or relitigate particular decisions in great detail. Instead, we'll choose to focus on what happens when trial science proclaims to be an absolute truth; when scientists then control public debate or whole economies; when media are rewarded for being incurious, bureaucrats are protected by not collecting the totality of the data, and the rich get richer during a great consolidation. We setup society to avoid this type of hiccup.

Why is that? Why can't scientific conclusions immediately be turned into law or public policy? Why stop at the legislation phase? Why have any debate at all?

Because we are engaged in the first question of philosophy; what is truth?

We can come to share understandings—after all, that's all facts are—but truth is not something that can be objectively shared.

Science stems from philosophy. Its pursuit of truth is a method that seeks discernible agreement through objective observation, methodical testing, and reproducible results. It is a form of philosophy that is less subjective and many of its conclusions more agreeable. Still, science is not above debate, it welcomes it!

When someone screams "facts" or "evidence" or "science," they're usually using these arguments to end debate. That's not an argument at all. Arguments can only be housed in debates and conversations. Those who seek to end debate are seeking compliance otherwise they'd had no use for verbal communication.

When the educated make an uneducated argument, it's uneducated. When scientists deviate from the scientific method, that's not science. Appealing to people and titles is a form of credentialism—an appeal to authority based on accreditation.

Philosophy allows anyone to participate because truth can only be held by the individual. We come to share truths through debate. Likewise, science allows anyone to question the method that took a scientist from observation or hypothesis to scientific conclusion.

This is what makes science great.

This is also why the science is never settled even while we can call science that hasn't been debunked, "conclusive."

We're allowed to be wrong. Not only do we have a right to self-determination but the government has no right to force good outcomes. Why not?

Because we cannot know what is good. We can only forecast what is good by debating and through trial and error. This is made impossible without debate and with universal policies that allow for no control groups.

It's not a trite observation to say 'they wouldn't censor us if they didn't fear the truth.' What is the utility behind censorship?

Censorship, by our government and corporate actors, tell us that the science is settled. Not only is the science not settled, because it cannot be, but it's not even remotely conclusive.

The one-size fits all approach where a mandatory vaccine is universally thrusts on the public, is unscientific and is doing great harm to both public health and public debate.

Scientists play a valuable role in informing the public. They have no business and no expertise in governing public discourse.

Facebook, Twitter, CNN, and other media platforms have been caught being wrong after censoring dissident scientists and citizens. The Biden White House is distributing a list of doctors they disagree with on coronavirus protocols. How is this at all scientific? This doesn't encourage stronger, more true outcomes.

It's worth examining motives because it exposes just where examination might be blind. To understand how biases might play out in a system as complex as the global response to the COVID-19 pandemic, we have to examine incentive structures.

The purpose of debate is to make things stronger because true things are strong and weak things require censorship. This is the evidenced history of all things.

History informs us that censorship leads to violence.

I sum up this philosophical understanding of history as this: things that live outside their nature are destroyed. This is why utopian revolutions turn genocidal; and why banks not allowed to crash end up crashing economies.

Moral hazard occurs when one is allowed to absorb additional risk without they themselves shouldering that risk. That risk then goes to other parties. Worse, this encourages the accumulation of additional risk. America bailed out the banks in 2008 and 2009 and now our banks bigger than ever. They've gutted smaller banks and we can't increase interest rates without crashing the markets.

When America focused on a vaccine-only approach, bureaucrats didn't just bet all of our chips on a vaccine, they reduced our ability to respond to the virus and prolonged its worst affects. If that wasn't bad enough, the delta variant is running rampant through the vaccinated. In fact, the delta variant looks like it evolved from evolutionary pressure created by the vaccinated—something that contrarian thinkers warned could happen by vaccinating early.

Again, it's not just the efficacy of the experimental vaccines, it's the blindness created by pushing them as an exclusive, universal policy. Prophylactic treatments have been demonized to the point where people needlessly died. Therapies, which were the original source of innovation in this pandemic, have little funding due to a lack of space in the market. We've consolidated all of our brain power and dollars in this increasingly ineffective vaccine.

It's easy to see why scientists shouldn't be the deciders of public policy, politicians should. Why? They're elected by the people. People get to be as engaged as they want to be. Politicians are supposed to be responsive to the people. This is how our healthy societal system should work.

Science should be the proof government sells to ask for public cooperation. If their "science" assumes compulsion or universal adoption, it's not science—it's an authoritarian argument.

Anytime someone quotes so-called settled science to you, remind them that any argument, any public policy proposal requires your consent. Their science alone isn't law. It isn't public policy.

It should be reason for legislation. It feels dumb to even have to make the observation that this is why legislation and debate precede law. In a complex system, there are all kinds of considerations to be made. Some of these considerations (which are often trade-offs) even impact the underlying promise of the scientific proposal. For example, we know that working economies and people having jobs literally keeps families alive. Therefore, an indefinite lockdown can't save more lives than it ends up destroying. It's a simple math equation.

This is why we debate. We prioritize considerations and assign probabilities as we present arguments of risk. We find a majority consensus and note dissenting opinions so that, if a policy is wrong, we might be better informed by the original warnings of the minority.

Technocracies don't have this same flexibility or responsiveness. They codify confirmation bias and use totalitarianism and censorship to coverup their mistakes. The world governments are doing much of the same now.

President Eisenhower warned against an academic scientific tyranny in his farewell address; putting them right up there with the growing military industrial complex. Additionally, he warned that those academically institutionalized scientists would be government funded possibly affecting the incentive structure.

Today, the solitary inventor, tinkering in his shop, has been overshadowed by task forces of scientists in laboratories and testing fields. In the same fashion, the free university, historically the fountainhead of free ideas and scientific discovery, has experienced a revolution in the conduct of research. Partly because of the huge costs involved, a government contract becomes virtually a substitute for intellectual curiosity. For every old blackboard there are now hundreds of new electronic computers. The prospect of domination of the nation's scholars by Federal employment, project allocations, and the power of money is ever present and is gravely to be regarded. Yet, in holding scientific research and discovery in respect, as we should, we must also be alert to the equal and opposite danger that public policy could itself become the captive of a scientific technological elite.

Eisenhower's nightmare played out, didn't it? The world's never been able to create a stable coronavirus vaccine and yet the government chose to fund those instead of prophylactic treatments or therapies. Even in areas where it wouldn't cost the government money like propaganda, which would've encouraged those in high risk categories to better prepare for this viral agent, it refused. That some approach acted as a bad feedback loop where medical doctors did the same—not recommending weight loss or vitamin D3 or zinc as regular supplements.

Government funding and certification has substituted scientific curiosity, just as Eisenhower feared. We're in a mass psychosis guided by the hysteria of modern media and locked in by bad feedback loops. We've rejected the systems of society that worked.

Consider what we've normalized. Election rules in America were changed by executives, not legislatures, under the forecast that few would participate. The forecast was wrong and America stands divided. There's been no campaign to get dark skinned citizens on D3 supplements and no adverts encouraging people to lose weight. We've kept the high risk, high risk while we should've spent a year getting people out of those categories. Progressives partisans have used coronavirus emergency orders to declare racism a public health crisis; all for the purpose of implementing fringe theoretical social policies and moving around funding, absent any approval of the people. Small businesses have been destroyed and mega corporations have made more money than ever. Banks are buying land and homes that people cannot afford in a lockdown environment. Central banks are creating inflation amid massive unemployment rolls. The lockdowns may be reducing currency circulation, preventing us from feeling the full impact of the inflation. The government has encouraged technology companies to deplatform contrarian voices and violate the privacy of ordinary citizens with invasive applications and backdoors. These are our new norms.

These are the moral hazards that are now impossible to unwind without some grand reform. The risk has fallen entirely to the people who have less money, are less healthy, and possess fewer liberties. What's demanded of the people is their compliance. Comply or else! If the people do not cooperate, the crash will come.

We used to have rules to protect us from the oligarchs; and a media just in case those oligarchs ever got so daring as to ignore the rules. Now, media are in on it.

We once knew that philosophy is meant to be debated, science can never be settled beyond challenge, and the people and their government make public policy. It is an unfortunate observation that these understandings, fundamental to society, are under attack by government bureaucrats and media-amplified scientists.

The consequences are not neutral or even insignificant. The harm being done to free thought, science, public discourse, and trust in institutions meant to service the public is increasingly authoritarian.

This is the moral hazard created by Scientism and celebrity worship manufactured by a corporate media. We end up with bad science and an even worse government.

Do not comply. Do not consent to being ruled. 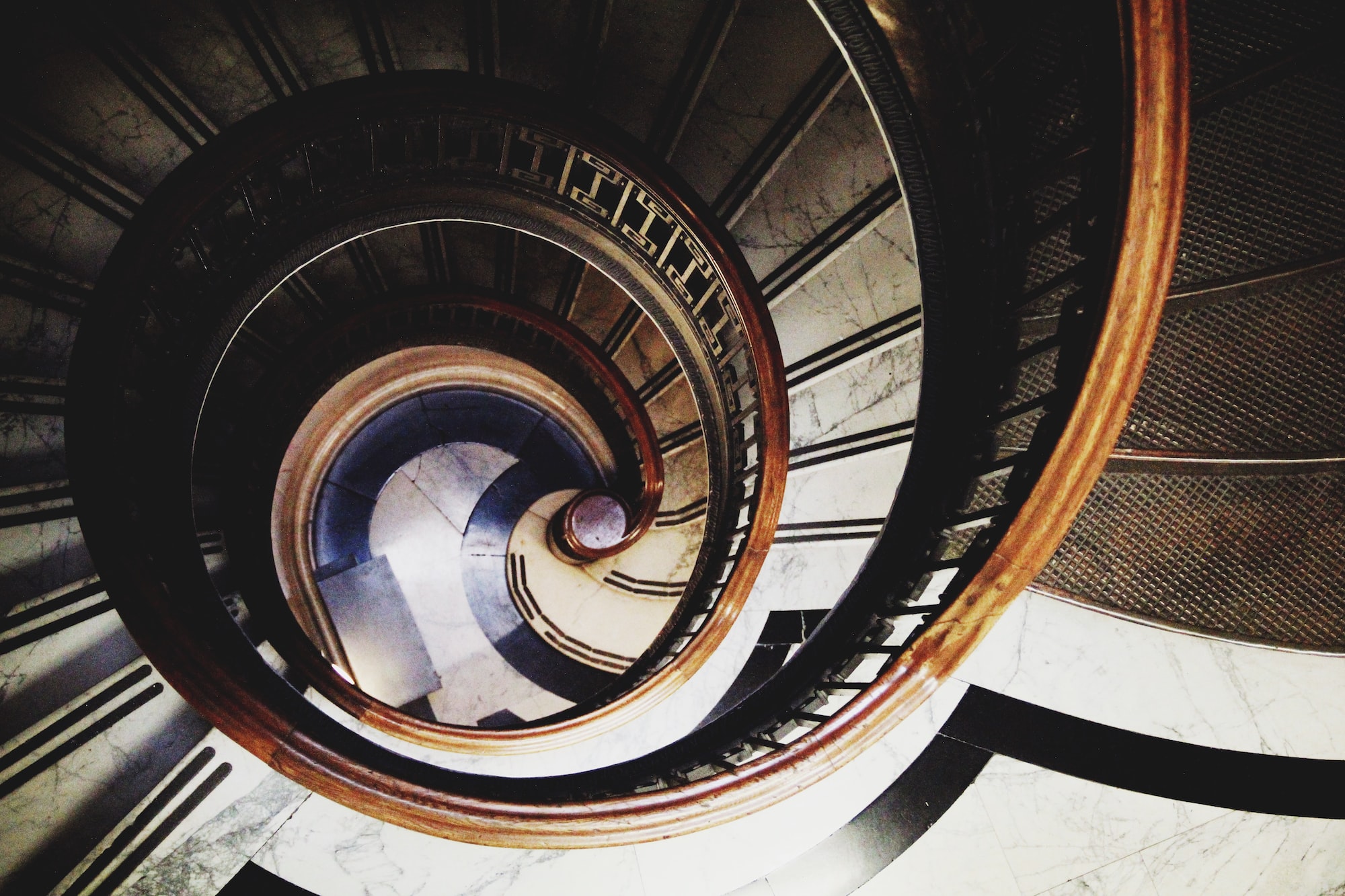 MEMBERS ONLY: Want to understand the real battle being had? 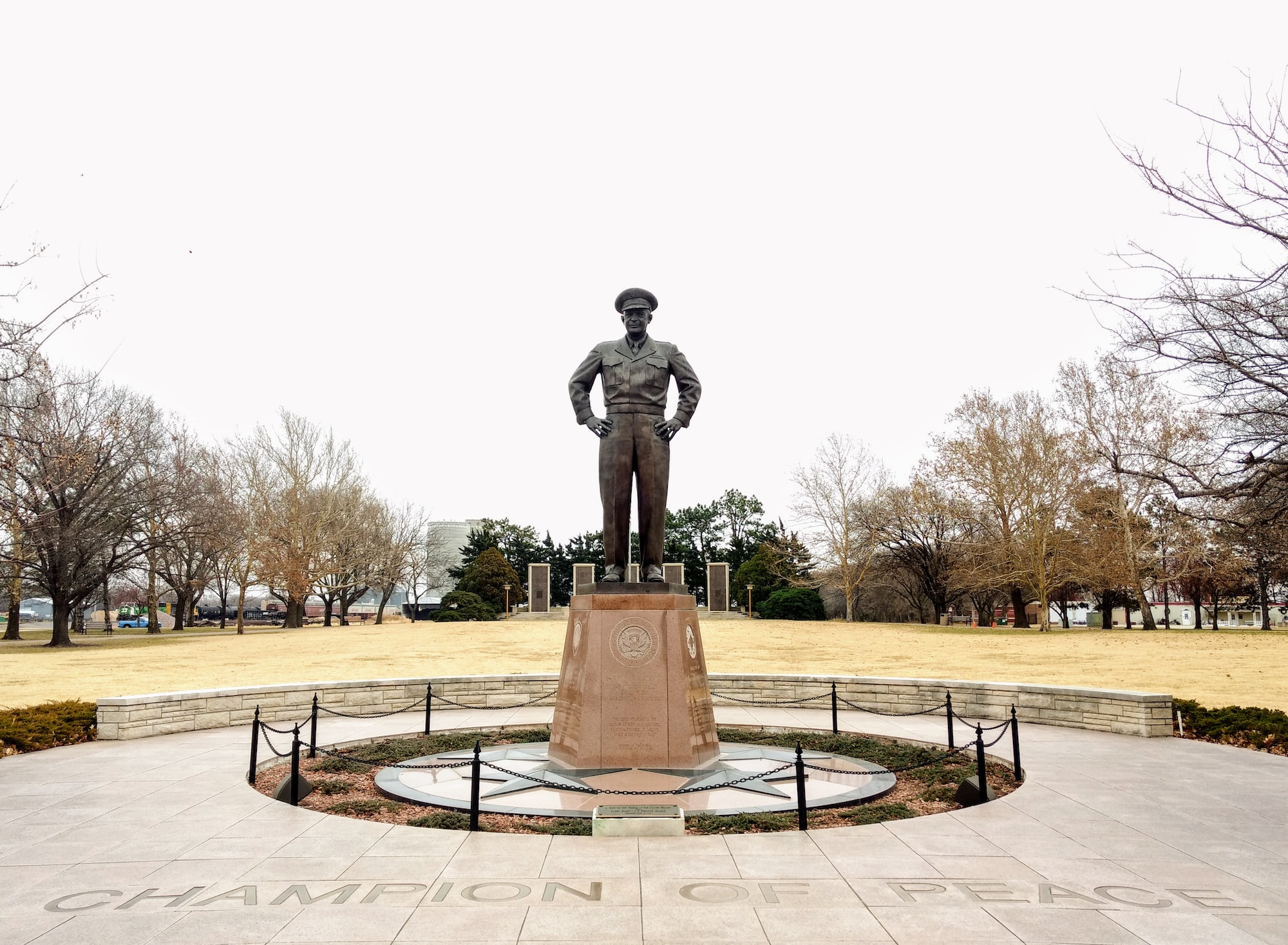 'There is a They,' as Ali Alexander often remarks and President Eisenhower mapped them out for every American in his farewell address.